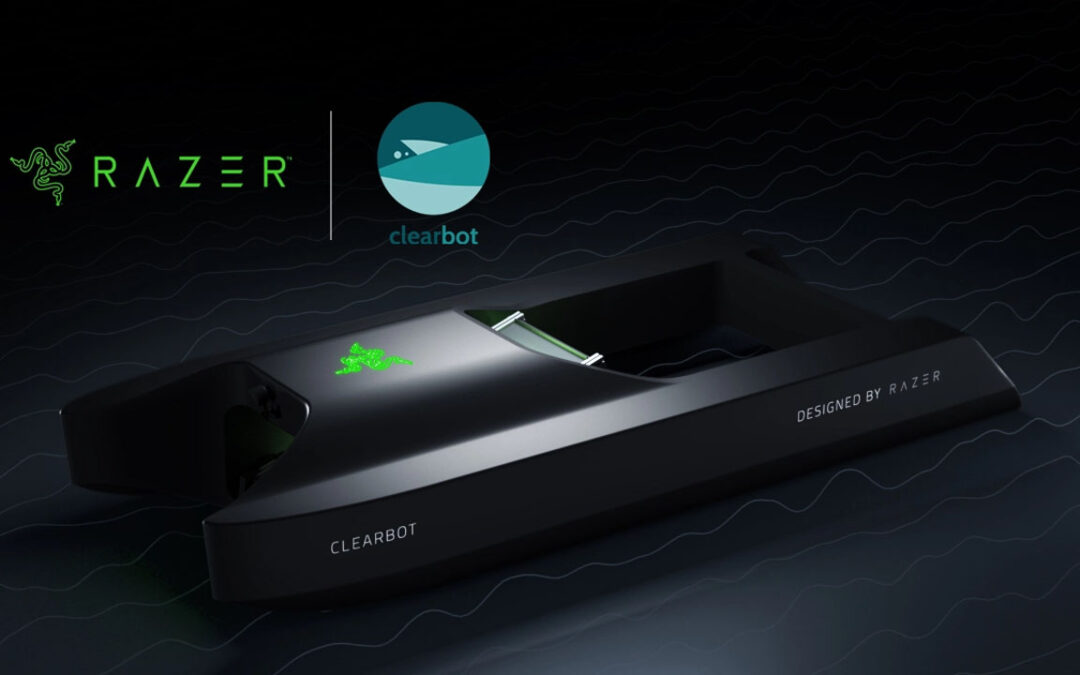 Approximately 11 million metric tons of plastic goes into the ocean every year. It sure is a lot to clean up, and I don’t see us quitting on plastic cold turkey anytime soon… so wouldn’t it just be great if there was a gigantic solar-powered robot ship that looked like an Xbox that could just go out into the sea, find the trash and pick it up for us…? Well, you are in luck, my friend, because a start up is working on that exact project. Clearbot is a swarm of AI powered, self-driving, ocean trash collecting robots that can both detect and collect trash from water.

Razer and Clearbot have teamed up to improve the fully automated ocean cleaning robot. A company heavily associated with PC consoles, Razer recently announced that to celebrate World Oceans Day, it was helping a startup redesign its AI boat used to clean up marine plastic. The AI algorithm and an onboard camera detect trash and the robots collect it and bring it to shore. From there, the team works with recycling companies to get the waste sorted and recycled and partners with brands to incorporate the recycled ocean plastic into existing products. Not only is the prototype solar powered, but it can also detect and retrieve up to 250kg of marine plastics on a single mission and up to 1 ton of plastic per day. Plus, the new design is black with green lights and looks badass- pardon my French.

Clearbot stated they are grateful for the partnership and are confident that this new model will help extend their mission to clean rivers and oceans globally. So often, the groups with the best ideas simply lack the funds or resources necessary to take them to the next level. It was so refreshing to hear about Razer lending a helping hand- or a few brains, in this case- to make an even bigger environmental impact. Clearbot’s first cleanup project is planned in Mui-Wo Hong Kong, and with enough funding, they will expand their next projects in Indonesia and India. They still need support! Check out www.clearbot.org to donate and learn more.