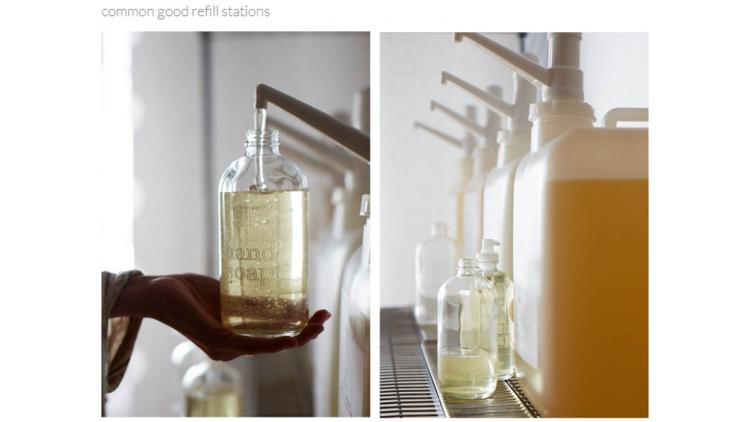 Single Use packaging is quite common in our society today. The average consumer buys a bottle of ketchup and uses it until its empty and then hopefully washes it out and recycles it. This has been the normal way of doing things since the 1980’s when major U.S. cities began establishing curbside collection programs for plastics and other recyclables. In a utopia every single person would recycle every bottle they use but realistically, a majority of our society is not even willing to do that. Most people just throw the bottle in the trash and buy a new one the next time they are at the store.

Well not anymore, I found some really eco-friendly companies on the case! As I’m sure you have seen and heard over the past couple of years there has been a major push towards bringing your own water bottle with you when you travel or to work; but these companies took it one step further. What if you could go to the store and just refill that ketchup bottle yourself? Would you? What if you could reuse the same bottle for multiple years, and if it was a glass jar, just imagine. Now what if one day you could refill every bottle in your fridge, it seems impossible today, but with a little imagination and a forward-thinking attitude, we could really make a difference for the future of this planet.

Click here to find out who is leading the pack in the war against the single use bottle!