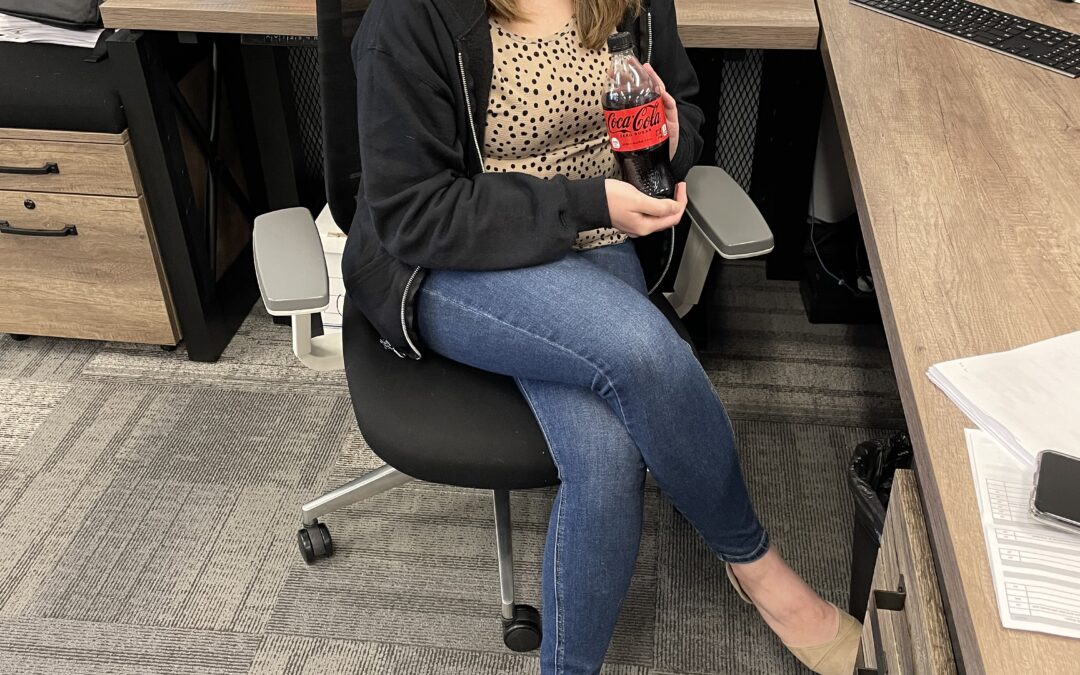 This week’s blog is dedicated to our bookkeeper and resident fake-pessimist, Aleyna, who also has a birthday this week! I call Aleyna a fake-pessimist because she likes to pretend that everything is terrible and she hates everyone, when really, she doesn’t. She and I have had a false rivalry ever since my character cussed out her character during our office murder mystery party back in February. (At least, I think it’s a false rivalry…)

Last week, Aleyna was very excited to show me her new bottle of Coke. “It’s the new zero sugar one! I had to try it.” Enthusiasm is rare for her so I knew this had to be a big deal! I noticed the label was red with a black logo instead of white, and immediately recognized that this was something special I could cover for the blog.

The new and improved Coca-Cola Zero Sugar recipe in the US brings it closer to the taste of the original, and is paired with a new, simplified packaging design that “celebrates the iconic Coca-Cola logo, beginning with the brand’s universally recognized red.” It’s a striking but simple change- the iconic Spencerian script logo (which hasn’t changed since 1886, by the way) is black instead of white, but I noticed it immediately. It really goes to show how iconic some brands can be. You don’t get to be a 87.6 billion dollar brand by making bad choices.

Aleyna said the new Coke was indeed “more delicious” as the brand promises. She found it to have a greater depth of flavor and more spicy notes. If it gets a glowing review from our favorite love-to-hate team member, then you know it’s good! Try one in honor of our dear bookkeeper’s birthday- you probably won’t hate it! Whether you like it or not, don’t forget to recycle!

Call us today to see how we can help you rebrand and create a refreshing new look.